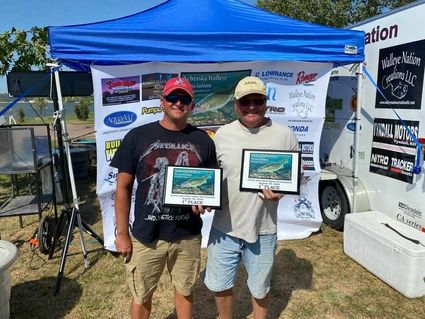 The Hankla family know a lot of fishing stories. Someday, when Steve and his son, Jeremy, talk about the time they won a Nebraska Walleye Association tournament, it’ll be a whopper.

And, it will be true.

Steve, of Clearwater, and Jeremy, of North Platte, reeled in the catch of the day: first place in a sea of 27 teams at the 2020 Lewis & Clark tournament, Aug. 29 and 30 at the lake near Yankton.

The Hanklas caught five walleye worth keeping, combining for a total weight of 13.88 pounds.

Steve said the weekend consists of two one-day tournaments. He and Jeremy only fished Sunday.