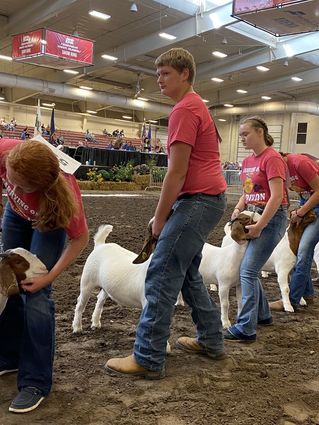 Levi Cronk (right) received a purple for a commercial breeding doe and a purple in goat showmanship.

Ashley Melcher earned a blue in feeder steer; purple in horned and polled hereford and in beef showmanship, a blue.

Madison Melcher (left) earned three blue ribbons, one in commercial heifer; one for feeder steer and another in beef showmanship.