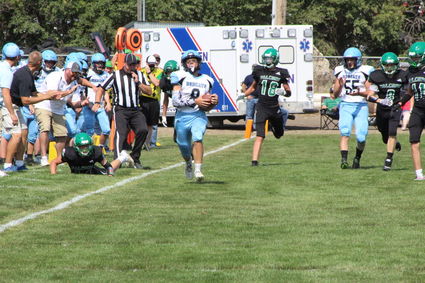 The first page of the first chapter of Summerland Bobcat football nearly started as a blank book.

Turnovers, including a goal line drop, plagued the Bobcats, Friday, as Jeff Shabram’s squad lost, 38-12, to Elkhorn Valley, in Tilden.

Yet, Shabram sees a glimmer of hope.

“I was encouraged by the fight in the team even after the rough second quarter,” he said.

“We return a lot of players who were forced into starting roles as underclassmen last year with Clearwater-Orchard an...