Why could it be banned? 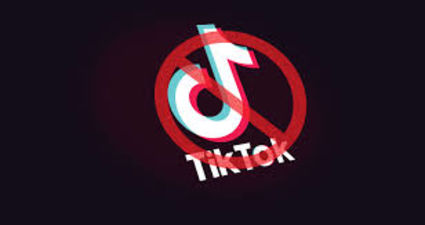 Recently, TikTok has come under fire by the United States government.

The owner of TikTok is ByteDance, a Chinese company based in Beijing.

Many officials are raising concern about how China is using information collected from the app.

Just last month, India banned the app, along with several other Chinese apps. Some of the reasoning has to do with political and military tension between the two countries.

The Australian government is also considering a ban as its own tensions with China continue to grow.

The main concern in the United States is that information the app gathers will be used against us.

At the beginning of July, President Trump and Secretary of State Mike Pompeo announced that TikTok could be banned in the US.

The announcement came after a recent Trump rally. It was reported half of the tickets were bought by TikTok users with no intention of attending.The idea spread through a TikTok video and became real.

Before this, no concern was raised in the United States.

The other side of the argument over banning TikTok is that there are multiple other apps used in the US that collect their users' data.

It has also been pointed out that TikTok isn't available in China, only internationally. TikTok has an American chief executive officer, who is in charge of the app globally.

China uses Douyin instead of TikTok and is a separate entity than TikTok.

TikTok officials have continuously commented that they do not share their information with their Chinese counterpart.

Both arguments make good points, but what do you think should be done with TikTok?