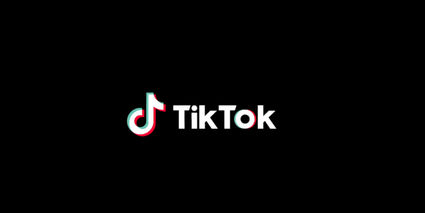 TikTok is a video platform where users can create videos ranging between 15 and 60 seconds. Videos are uploaded to the platform where they can be viewed by anyone.

Originally, the app was called Musical.ly. It was a video-sharing platform with only 15-second videos.

The app managed to gain popularity and created young influencers through lip-sync videos.

Around the same time, China released a similar app called Douyin that became very popular. Douyin spread to other Asian countries and changed the international app's name to TikTok.

In 2017, the Chinese company that owned Douyin, ByteDance, bought Musical.ly. At the time, these were still operated as separate apps.

The company decided in 2018 to merge Musical.ly into TikTok and make it into one platform. Everything that was on Musical.ly was transferred to TikTok after the change.

Since the merger, TikTok has evolved into an app that offers more than Musical.ly ever did.

Musical.ly focused on lip-sync videos and TikTok has completely expanded that idea.

While creators can still make lip-sync videos, they can also create ones that are related to dance, comedy, magic, challenges, reactions and multiple other categories.

Creators can also add special effects and filters to videos, along with sounds or song clips. Pre-existing videos or pictures from a user's phone can also be used in making videos.

Recently, the app has created an alert that lets users know when they have been on TikTok for more than two hours.

TikTok has a wide range of users and creators. Many celebrities, as well as teenagers, have found success through the app.

Part of the popularity for TikTok is that the app focuses on what is happening around the user and what they like.

Through an algorithm, the app can tell what type of videos the user usually watches or likes and will show similar videos.

Certain hashtags are also used by creators and the app to help narrow down what kind of video the user wants to see and makes it easier to search for videos.

TikTok makes the recording process simple. All it takes is pressing the record button at the bottom of the app.

Recording can happen in short clips for one video or can be done all in one go. Videos may be edited as soon as recording has finished or work can be saved for later edits.

When finished with editing, creators can add a caption or hashtags to their video and then upload them to the platform.

Videos pop up and play as soon as the app is opened. By sliding up or down on the phone, different videos will continue to play.

Users can like a video by double tapping the video or the heart on the side.

There is also a comment section that viewers can use to interact with the creator or other users.

TikTok has taken the world by storm but still has a ways to go. They are currently facing controversy that puts its future in the United States in question. Details can be read in "Why could it be banned?"