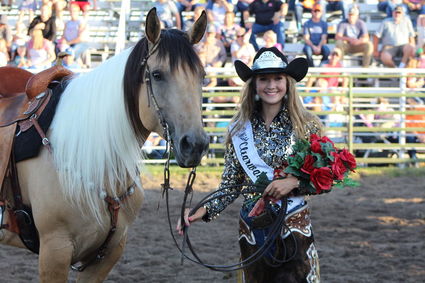 Lehr was crowned by retiring queen Ashleigh Nelson, of Tilden, during the July 10 opening of Clearwater's Big Rodeo.

Competition began in the afternoon, with arena work, including horsemanship, flag presentation and herding.

The Miss Congeniality award was presented to Taylor Bolling, of Clearwater.

Horsemanship and appearance honors were presented to Lehr.