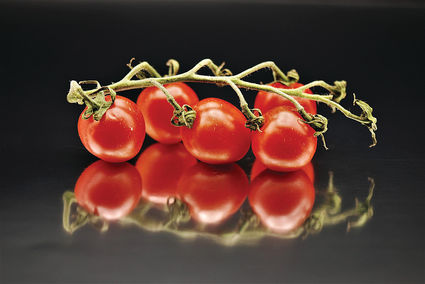 If healthy vegetables are blooming but not setting fruit, such as tomatoes and cucumbers, this is can be due to poor pollination caused by a variety of factors.

This year, heat and high winds could be drying flower parts as well as reducing pollination. Eventually, most plants will begin to set fruit.

Vegetables like cucumbers, squash and melons have separate male and female flowers. The first flowers a plant produces are male. Until the plant begins to produce female flowers, pollination and fruit set will not occur.

To distinguish between the two, look at the base of a flower. Female flowers, known as pistillate flowers because they contain a stigma, style and ovary, will have a miniature fruit at their base.

If female flowers are present, a lack of pollinators could be the problem. For vegetables that are insect pollinated, make sure insecticides are not being applied when plants are blooming.

Tomatoes are mostly wind pollinated and do not need insects for pollination. If lack of fruit is an issue in tomatoes, it is typically due to weather or over fertilization.

Another cause of poor fruit set is applying too much nitrogen fertilizer. Nitrogen can promote the growth of leaves over flower and fruit production.

If gardeners are patient, vegetables will eventually set fruit. A fruit is the part of the plant that carries the seed. Any vegetable part that has seeds is, botanically speaking, the fruit of the plant.

As vegetables begin to set fruit, another issue that may arise is blossom-end rot. This is most common on tomatoes, peppers and summer squash. Blossom-end rot causes the bottom of fruits to develop a dark brown, leathery rot.

What happens with early fruits is calcium is being used by leaves, especially if too much nitrogen was applied; or the plant may not be efficiently moving calcium into the fruit. This will occur if soil is dry or conditions are hot and windy.

To reduce blossom-end rot, it is most important to mulch plants to conserve soil moisture and maintain a cooler soil; and to avoid applying too much nitrogen. Some varieties of vegetables are more susceptible. Keep track of varieties and avoid growing those that commonly have this issue.