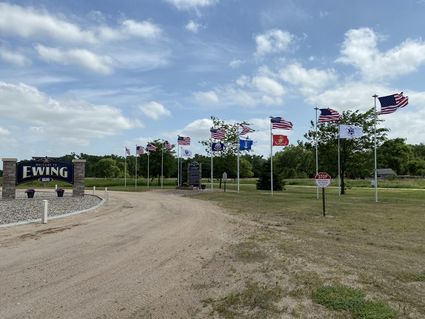 Stars and stripes forever • American flags, along with flags representing each branch of the armed forces wave in the breeze in Ewing. Village residents submitted photos of flags around town and finished second in a northeast Nebraska photo contest.

Northeast Nebraska residents were asked to show American pride by sending in a photo of an American flag from their community.

Wynot residents submitted 49 photos and Boelus residents, 19, to round out the top three.

Each community will receive a new American flag.

This is the third year for the contest. Approximately 157 photos were submitte...