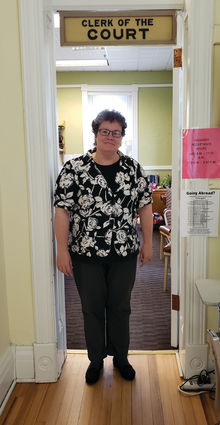 Angela Mortensen of Neligh has been appointed clerk of the district court in Antelope County, effective July 1.

Mortensen, who has served as deputy clerk for more than 25 years, will serve the balance of the term of office, until January 2023, currently held by Judy Cole, who will retire June 30.

Mortensen was appointed by a panel of four Antelope County commissioners Tuesday morning after applicants were interviewed.