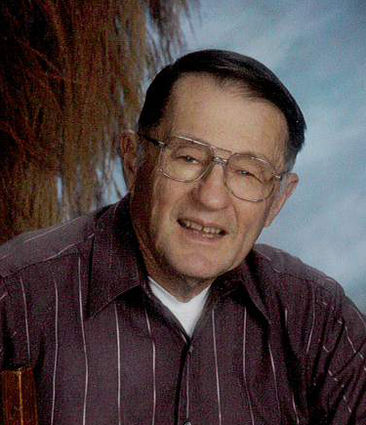 Snider Memorial Funeral Home is handling arrangements. Condolences may be directed to the family at http://www.snidermemorialfh.com.

Leo James Hawk was born May 20, 1929, to Frank and Mary (Tomjack) Hawk in Ewing. In 1944, the family relocated along Cache Creek, where Leo lived until he moved into assisted living in 2016. Leo was baptized and confirmed at St. Peter's Catholic Church in Ewing.

He attended school at Martha Country School across the road from the Bethany Church and graduated from Ewing High School in 1945, the day before his 16th birthday. Leo was drafted into the U.S. Army, Oct. 2, 1951. Leo completed basic training in Fort Roberts in California. He served during the Korean War in Japan as a cook and was discharged from the service in September 1953. He received the Korean Service Medal and the United Nations and National Defense Service Medals.

Leo loved to pick asparagus and rhubarb in the spring and harvesting pumpkins, wild grapes and apples in the fall. He raised chickens, delivering eggs was an excuse to go to town, to relieve his "itchy feet" and to replenish his "beer money." Leo was an avid reader and never missed working the crossword puzzle in the Omaha World-Herald.

Leo was a lifetime member of the Ewing Sanders American Legion Post #214, VFW. He served on the Holt County Vets Committee for 20 years and held the office of Holt County American Legion Commander in 2013. He took great pride in remembering fallen vets on Memorial Day.

Leo was a member of the Ewing Rural Fire Board for 30 years. He was strong supporter and contributor of the National Farms Organization and helped organize the buying station in Ewing in the late 1970s. Leo was a proud blood donor to the American Red Cross and a member of the Knights of Columbus.

Leo is survived by his siblings, Leonard (Joan) Hawk of Ewing and Don (Marge) Hawk of Omaha; eight nieces and nephews; many great-nieces and great-nephews and one great-great niece.

He is preceded in death by his parents, Frank and Mary.