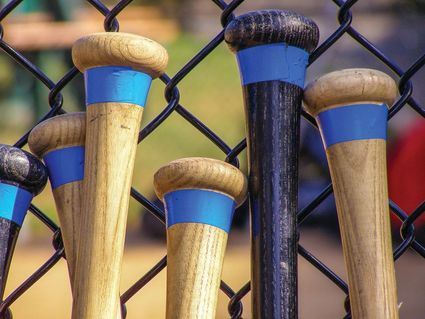 Ricketts encourages people to take advantage of the outdoors with appropriately socially-distanced exercise.

"The current directed health measure prohibits organized team sports for youth and adults through May 31. It will remain in effect through the end of the month," he said during a press conference.

Matt Blomstedt, Nebraska Department of Educator commissioner, said officials are exploring what is safe and what can be implemented as best practices for team sports.

"As we restart baseball and softball, we expect to learn best practices for mitigating the spread of the virus that we can apply to other sports," Blomstedt said.

Beginning June 1, schools are permitted to open weight rooms for use by all student athletes as long as they follow the same guidelines as fitness centers, gymnasiums, health clubs and spas.

Organized team practices for baseball and softball may begin June 1, unless a change in dates is necessitated.

Organized team practices for other sports may remain suspended.

Games may be played, starting June 18.

• Each player should use their own equipment - gloves, helmets and bats - as much as possible.

• Dugout use will not be allowed.

• Players' equipment and items will be lined against the fence, at least six feet apart.

• Parents must remain in cars or drop off and pick up players afterward.

• Each player will be responsible for their own water or beverage to consume during and after practice. Drinking fountains and coolers cannot be shared.

• If a player wants snacks during or after practice, they must have their own.

• Coaches must sanitize shared equipment before and after each practice.

Several guidelines will be in place for game situations.

Dugout use is permitted during games only. Bleachers should be spread out between the dugout and home plate to allow players to social distance.

Each player should have a designated spot for personal items.

Coaches must designate a responsible adult to ensure players are seated on the bench unless they are actively participating.

Players should use their own gloves, helmets and bats, as much as possible.

Fan attendance is limited to household members of team players. No fan bleachers will be used. Instead, they are asked to bring their own chairs or stand and maintain six feet between different household units.

Social distancing areas must be designated for teams who play next, allowing for player warm-ups with a six-feet distance. Team members are required to remain in the warm-up area until the prior team has finished sanitizing and is out of the dugout.

Post-game handshakes between teams are prohibited.

Dugouts must be sanitized after a team leaves the area.

Coaches will not give post-game talks at the field. Fans and players must leave the playing area and return to their cars immediately after the game.

Fans for upcoming games must remain in their vehicles during player warmup. They may return to the field once the team they are watching enters the dugout area.

Restrooms must be cleaned and sanitized regularly while players and fans are present. Markings should be placed on the ground to ensure individuals waiting to use the restroom are spaced six feet apart.

Water/beverage and snack rules in effect for practices are also in effect during games.

Concession stands are not allowed to be open.

Blomstedt said protocols for safe use of school facilities is in the works.

Those insights and best practices will be shared on http://www.launchne.com.