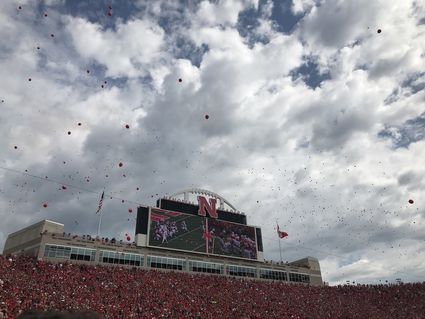 Virtual game • Nebraska Athletics will stream a simulation of a Red and White football spring game in Memorial Stadium, Saturday, April 18, at 11 a.m. Pass the popcorn and go big red.

The annual Nebraska Cornhuskers Red and White spring game will have a twist this year, due to COVID-19 restrictions.

On Saturday, April 18, Nebraska Athletics will stream a video game simulation, based in Memorial Stadium and Tom Osborne Field.

The stream will be live on the Huskers Facebook and Twitter accounts, as well as the Husker FBNation Twitch channel. Audio from Learfield IMG College/Husker Sports radio network will be played.

According to the University of Nebraska Athletic Office, "the game will be played to unite Husker Nation and...