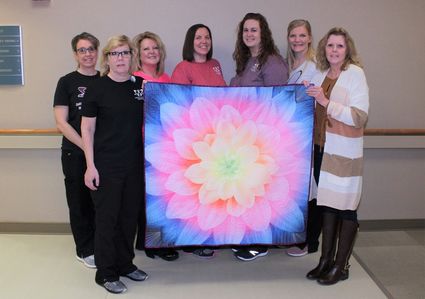 In December 2015, Teri Peitzmeier, of Neligh, was diagnosed with breast cancer. Her journey began like it does for most breast cancer patients – after she received a breast cancer screening mammogram.

She chose to have a mammogram done at Antelope Memorial Hospital, with its new 3D mammography equipment. Mammogram images revealed an extremely small mass, half the size of a credit card number, in her right breast. Had Peitzmeier completed a 2D mammogram instead of the 3D version, the lesion could have easily been missed because of its small size.

Following the biopsy, Peitzmeier was diag...