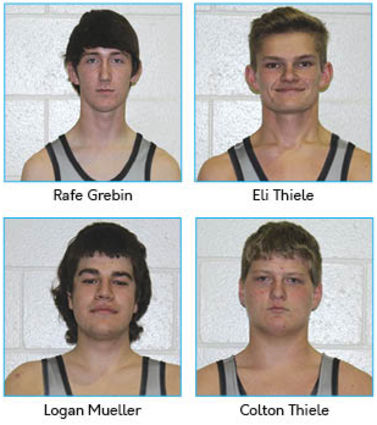 Rafe Grebin, Eli Thiele, Colton Thiele and Logan Mueller were named to the second team in their respective weight divisions.

Wrestlers in each weight class include: