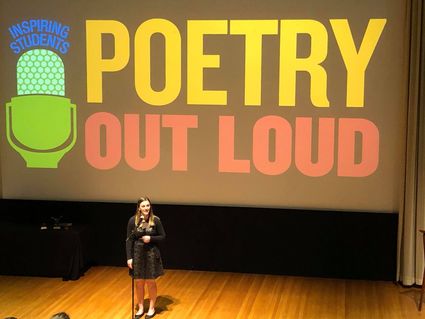 Katie Hawk recites a poem during the state Poetry Out Loud finals, Sunday, at the Sheldon Museum of Art, in Lincoln.

Katie Hawk, a senior at Ewing High School, finished in the top five of the Nebraska Poetry Out Loud finals competition, held Sunday, March 8, at the Sheldon Art Museum, on the University of Nebraska-Lincoln campus.

Each student recited, from memory, two poems, and the top five recited a third poem.