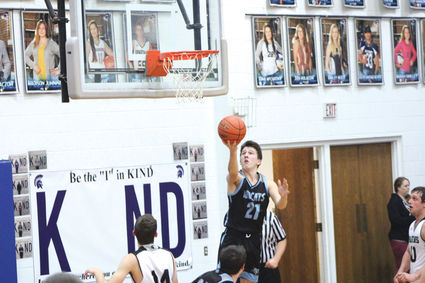 Lay up • Dalton Rotherham puts up a one-handed shot against Boyd County, Friday. He scored seven pints in the Bobcats' 57-31 loss.

An unproductive second quarter by the Bobcats contributed to Friday's 57-31 loss to Boyd County.

Summerland was only able to score three points, giving the Spartans a 35-13 advantage at the midway mark.

Summerland hit nine points in each of the final quarters, but could not overcome the deficit.

The Bobcats hit 12 of 34 two-point shots for 35% accuracy, but only made one of 10 baskets from the charity stripe.