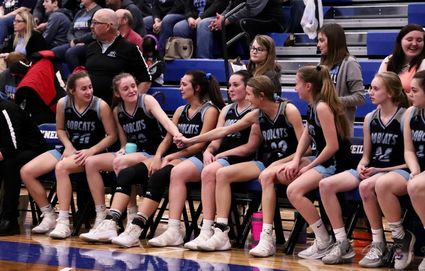 Appleby said his squad competed hard and tied the contest a 33 in the fourth quarter.

"They hit some big shots and we were not able to answer," he said.

Senior Ashley Koenig finished her high school career with a double-double, scoring 17 points and pulling down a dozen rebounds.

Appleby said the coaching staff is proud of the the new Bobcat program, which ended with a 19-6 record.