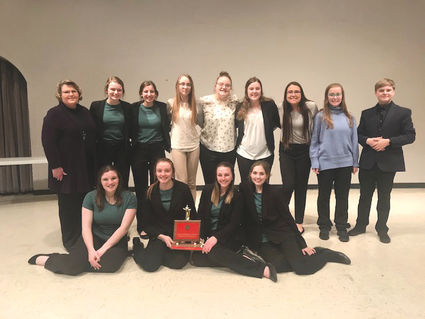 In the field of 10 teams, West Holt was second; Gordon-Rushville, third and Ainsworth, fourth.