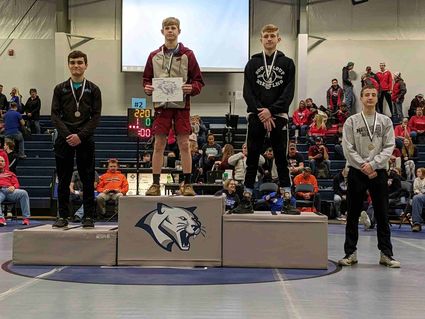 Freshman Alex Thiele earned the bronze medal in the 113-pound class, while Alex Arroyo, a sophomore, ended fourth at 145 pounds.