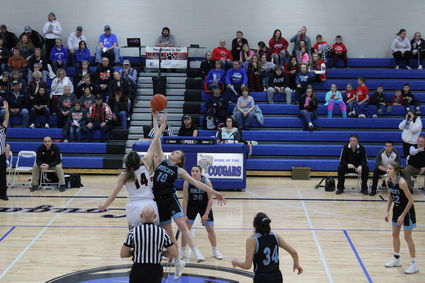 The Summerland Lady Bobcats will meet Boyd County in the consolation game in the Niobrara Valley Conference tournament, Saturday. Tipoff is scheduled for 2 p.m., at Atkinson-West Holt.

Thursday, CWC tripped up the Cats, 41-31, in the semi-final game in Niobrara.

"We played well enough defensively to be in the game, but our offensive was not efficient or productive enough across the board."

Summerland's defense allowed only two Renegades' players to score in the game.

"We held them to a low percentage, did...