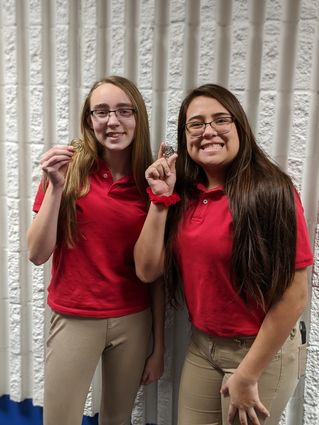 First-time winners • (l-r): Adrienne Parker and Olga Mendoza, students at Ewing Public Schools medaled in the FCCLA STAR competition, Jan. 29. Both will advance to state competition, in April, in Lincoln. Parker and Mendoza are the first FCCLA state qualifers for Ewing's chapter.

The stereotype was established more than a century ago.

In fact, The Morrill Act of 1862, which established land-grant colleges, led to the offering of domestic science courses adapted for farmers' wives, who were expected to maintain the household while assisting with the family farm.

By 1945, home economics leaders pushed for the creation of a student organization that promoted home ec principles.