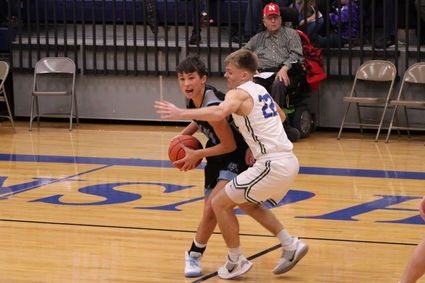 Despite shooting 43% from the two-point range and 55% from beyond the arc, the Bobcats could not overcome a third quarter run by West Holt during a Jan. 10 contest.

The Huskies outlasted Summerland, 59-46, in a matchup of NVC teams.

Summerland trailed by three points at the end of the first and fought back to take a 21-16 lead at the half.

Then, the third quarter happened.

The Huskies defense limited the Bobcats to five points, while they poured in 22 points to widen the gap.

The Bobcats added 20 points in the final quarter.