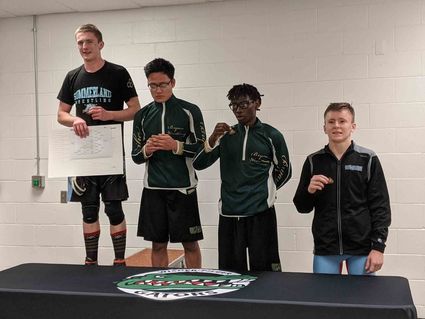 History made • James Kester (left) wins the 138-pound division championship at the Wisner-Pilger Invite, Saturday, Jan. 11. Kester's win cemented his name in Bobcat wrestling history, as he is the first Summerland wrestler to win an individual title.

On Thursday, the grapplers traveled to Elkhorn Valley for a triangular with Madison and EV.

The team finished fourth in Saturday's outing at the Wisner-Pilger Invite.