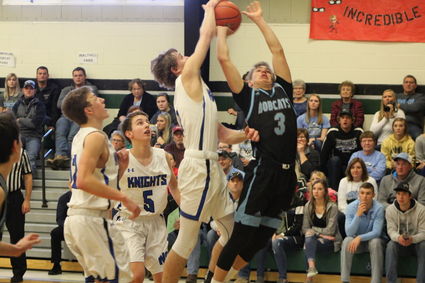 Despite an attempt by a North Central player to disrupt a shot, Connor Napier (right) drives to the basket during the consolation game of the Summerland Holiday Tournament.

North Central downed the Bobcats, 55-47, in the consolation game of the Summerland Holiday Tournament, Dec. 31, in Clearwater.

Summerland stayed within two points throughout the contest, but the Knights outscored the host team, 17-11, in the fourth quarter to secure the win.