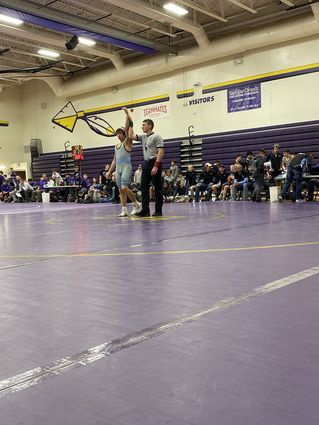 In round one, Ansley/Litchfield eked past Summerland, 39-36.

Wyatt Chipps lost, by fall, in :28 to Zyruss Fauss in the 220 division, while Collin Arehart earned a 7-1 decision over Tyler Bellar in the 160 class.

Hunter Arehart pinned David Arroyo in :28 in the 170 division and Kolby Larson topped Colton Thiele, by fall, in 2:51.

Ansley/Litchfield claimed forfeits in the 182 and 285 classes.