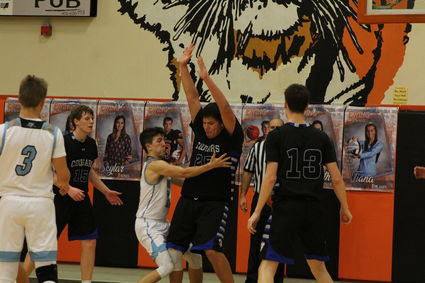 Hands up defense • Dalton Rotherham keeps a Niobrara/Verdigre player in check during Friday evening's loss to the Cougars.

A slow second quarter hindered the Bobcats, who could only muster five points in the eight-minute period, dropping a game against Niobrara/Verdigre, 63-42.