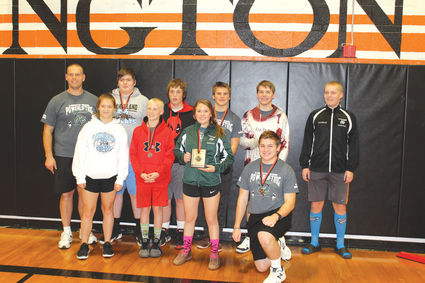 Nine lifters from the OC powerlifting team traveled to Lexington, Saturday, Dec. 7, for the Lexington Powerlifting Championships, competing one last time as the OC Cyclones.

It was a large meet, with 130 lifters comprising a lineup of stiff competition from around the state, according to Coach Jeff Shabram.

"The OC lifters had a tough day ahead of them competing as the smallest school, but were up for the challenge. We can be very proud of the way our students competed and conducted themselves in representing our school and communities," Shabram said.