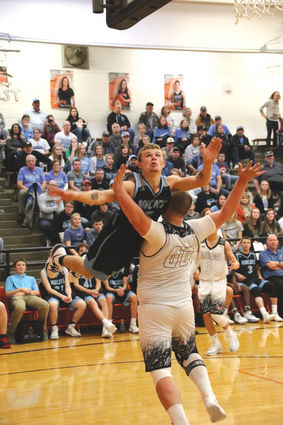 Summerland's boys basketball team overcame a 9-7 first-quarter deficit to secure the team's first win in its inaugural season, as the Bobcats downed CWC 40-35.

A strong third quarter boosted the Bobcats to a 35-26 margin, before adding another five points in the last stanza to secure the win.

Dalton Rotherham made his presence known on the boards, pulling down 9 rebounds.