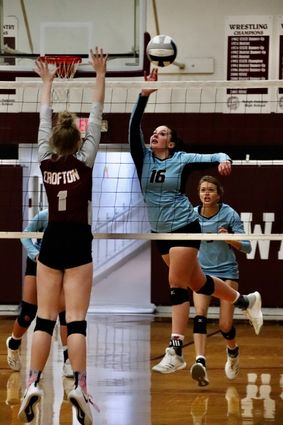 Ashley Koenig puts a different spin on a shot, sending the ball away from a Crofton defender and nailing a kill during the first round of subdistrict volleyball action, Oct. 28, in Neligh.

Summerland swept Crofton in three sets in the first round of subdistrict play, Oct. 28, in Neligh.

The Bobcats were slated to meet North Central at 7 p.m. at Elmer Lindahl Gymnasium in Neligh.