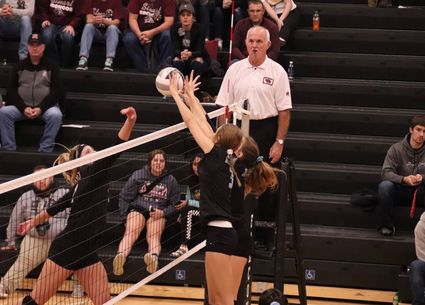 The first set of the Niobrara Valley Conference championship belonged to the Summerland Bobcats, who battled back for a 26-24 win.

Taylor Peter led the Renegades will 15 kills and 4 blocks.