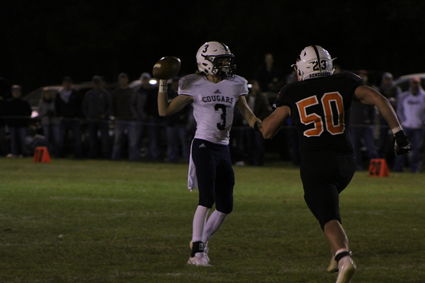 In a battle of unbeatens, one team will exit with a blemished record.

That was the scenario CWCE found itself in, as they met district foe, Central Valley, Oct. 18, in Bartlett.

In a game that, at times, was heated, Central Valley downed the Renegades, 44-33.

A line of vehicles waited to enter the grounds prior to the game, an electric atmosphere growing as storm clouds started to build along the western skyline.

Central Valley struck twice in the first quarter, punching in two touchdowns to take a 12-0 lead.

The Renegades responded in the second, narrowing the margin to 12-7.