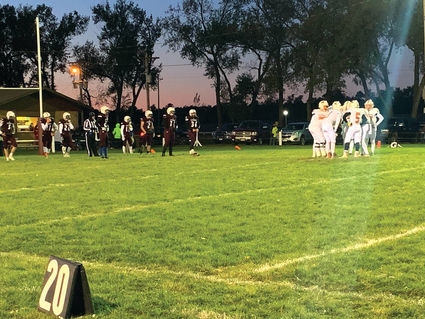 Talk about it • The Renegades' offensive crew discusses a play in the first quarter against Stuart. CWCE trampled the Broncs, 50-13, Friday in Stuart.

Double trouble, for other teams, that is.

The teams played Oct. 11 on the Broncos home field.

CWCE dominated the first half of play, scoring 18 points in the first quarter and adding 24 in the second.

The Renegades pushed Stuart into the endzone in the third quarter, adding a safety to the cause.

Stuart finally landed in the endzone in the third quarter and added a second touchdown in the final quarter.

CWCE added a quick six in the last sta...