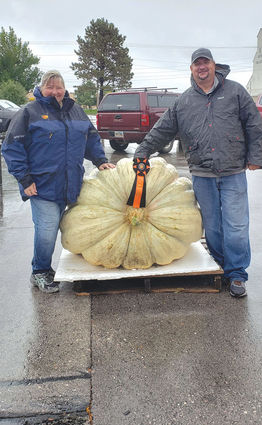 A giant pumpkin, weighing 966 pounds, was hauled from its growing spot, south of Ewing, to a competition in Rapid City over the weekend.

Monday, the pumpkin traveled to its new - and final - home at Martin's Hillside Orchard in Ceresco.

This weekend, Tamra said they will haul produce to a competition in Harrisburg, South Dakota, sanctioned by The Great Pumpkin Commonwealth.

"We're taking a smaller pumpkin and a green squash. Each should be about 500 pounds," she said.