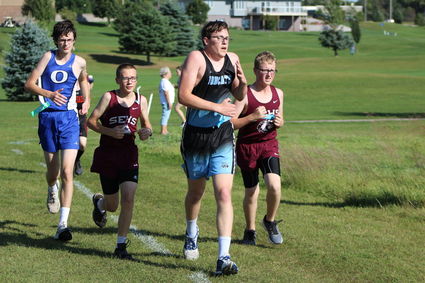 Final kick • Tyler Hupp keeps his eyes on the course during the Sept. 20 cross country meet in O'Neill. Hupp completed the course in 29 minutes.

Kaci Wickersham finished eighth in the girls division, running 22:38, while Eli Thiele ended 10th in the boys division, finishing the course in 18:56.