Harvey to step down from college board 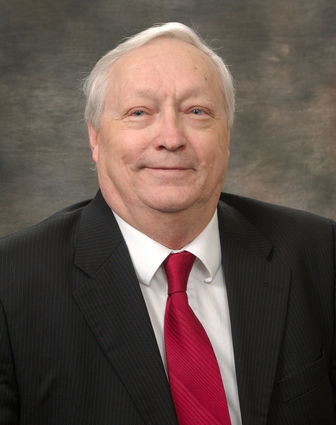 A longtime member of the Northeast Community College Board of Governors has announced his resignation.

Keith Harvey, Creighton, submitted his letter of resignation during the board's monthly meeting in Norfolk Sept. 12.

"Serving on the Northeast board has been one of the greatest experiences of my life," Harvey said. "I have been blessed to have been able to work with so many dedicated people for almost 20 years."

Harvey has served on the Northeast Board of Governors, representing District 2, includingKeya Paha, Brown, Rock, Boyd, Holt, and Knox counties in their entirety and a portion of Cedar County, since 2000. He has chaired several committees and served as board chairperson in 2008 and 2013. He was board vice-chairperson in 2007.

Steve Anderson, board chair, said Harvey has brought great insight to every board meeting.

"Mr. Harvey understands the role and mission of a community college education and what it brings to our students and the region. Through his professional background, he has engaged the board in its discussions over the years, as it relates to this work. He has a heart for this service and will truly be missed."

A graduate of the University of Southern Colorado – Pueblo with a bachelor's degree in biology, Harvey also earned a bachelor of science in business administration from National College in Pueblo and a master of education with an emphasis on technology in education from Lesley College, Cambridge, Mass.

He is a former educator who taught middle and high school science, served as an instructor at National College and was office manager at the Western Cooperative Electric Association in WaKeeney, Kansas. Harvey recently retired as general manager of the North Central Public Power District in Creighton, a position he assumed in 1999.

Harvey said, "It has been a privilege to have been able to work with all of the board members who I have been involved with over the years and those currently seated. ... I will miss all of you and the college beyond words. This was always my favorite organization and I have been truly blessed by being part of it."

Harvey's resignation is effective Oct. 1. His term expires in December 2020.

According to board bylaws, the Board of Governors will accept applications for Harvey's seat through Oct. 18. Applicants must live in District 2. A board selection committee will make a recommendation of a successor to the full board, who will be sworn in at the board's Nov. 14 meeting.

For further information, contact Diane Reikofski, board recording secretary, at 402-844-7055. Additional information on the board may be found online at northeast.edu/About-Us/Board-of-Governors/.