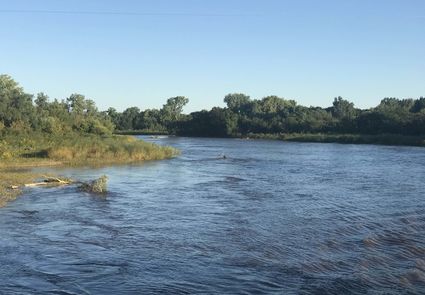 The Elkhorn River, near Clearwater, nears its bank. Flooding is expected near Ewing Friday, with projected flooding possible upstream and downstream. River estimates in Ewing are expected to crest at 10 feet by Saturday.

Flooding forecasts along the Elkhorn River valley in Holt County have been upgraded from minor to moderate severity, according to the National Weather Service in North Platte.

Moderate flooding upstream and downstream from Ewing is expected to continue through the weekend.

The NWS predicts the river will rise above flood stage Friday afternoon and continue to rise to 10 feet by Saturday morning.

Near Clearwater, the river nears the top of its banks, as of Friday morning, with lower areas already...