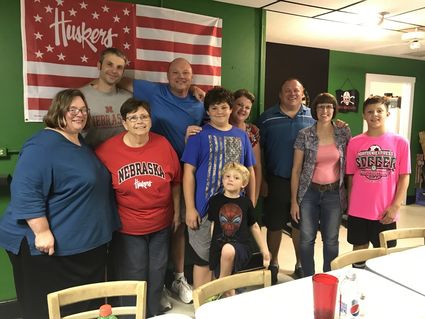 In 1986, Christian Eggeling, of Germany, boarded a plane destined for the United States.

Final destination: Ewing, Nebraska, where he would spend the school year living with the Larry and Louise Nordby family.

Eggeling has made the trip across the pond several times. Most recently, he visited his host family in Ewing, Saturday, Aug. 17, and even after 33 years, the extended family slipped into conversation that became so familiar years ago.

Once an exchange student, always a part of the family.

Eggeling decided to spend a year abroad after viewing a movie about high schools in the U.S.