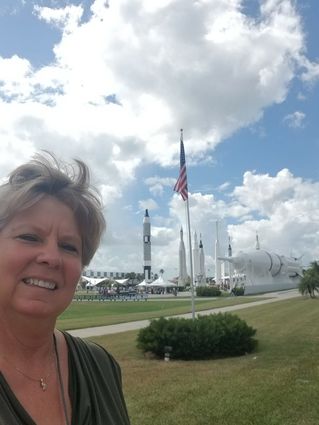 Space, according to the Star Trek monologue, is be the final frontier.

Krista Holliday, 7-12 grade science instructor may agree, after spending three days at a workshop at Kennedy Space Center, July 23 to 25.

The conference's theme - Space 2019 - focused on how to implement space exploration in the classroom.

Computers used to fly the Apollo missions had 1,000 kilobytes.

"That's like one megabyte. Our smartphones have four gigabytes," Holliday said. "If you think about that, it's amazing with the technology we had that we were able to do that."

Holliday was one of several Nebraska educators...