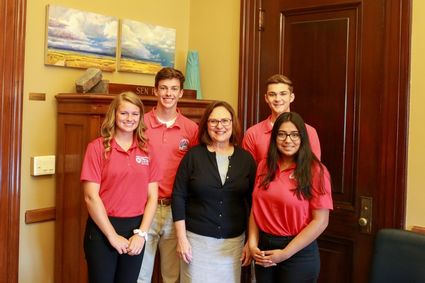 From the governor's mansion to the White House, Clearwater native Alyssa Moser had a whirlwind summer.

In June, Moser was elected Girls State governor and selected to represent Nebraska at the nation-wide event.

Moser, along with Nebraska delegate Aanya Agarwal, of Lincoln, introduced a bill known as the Inmate Reform and Rehabilitation Act.

"We advocated for mandatory reading and med...