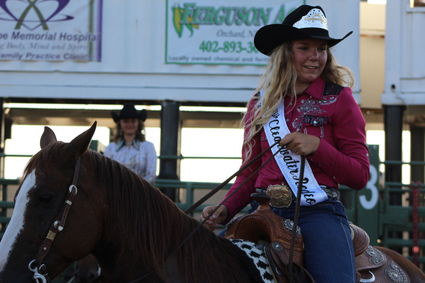 The young girl thought, "Man, I want to be like her someday: ride a horse, carry a flag, and dress all pretty."

On Friday, June 28, at the 52nd annual Clearwater Rodeo, Nelson was crowned queen.

Nelson 16, of Tilden, will be a junior at Elkhorn Valley Schools. Her parents are Gary and Dawn Nelson. Nelson is involved in FFA, FBLA, FCCLA, basketball and is a teacher's aid.